Facebook is a social media giant. Without a doubt, it’s the most popular social networking site in the world, and in the past ten years, it’s managed to get billions of people hooked on the platform. There are many different kinds of Facebook posts but here we’re going to look at Facebook posts that will engage people.

Social networking is all about interacting and if you can’t get people to interact with your posts, you’re probably not doing it right. Below are twelve types of Facebook posts that are guaranteed to get people involved.

Open-ended questions are one of the easiest ways to drive engagement on Facebook. Asking people what their favourite movie, band or website is could generate a lot of engagement depending on how many people are willing to answer.

Finding a picture that looks like it’s trying to say something funny is always a great time to hold a caption contest. Simply post the picture, ask people to add a caption in the comments and if the picture is good enough you should be getting massive amounts of comments in no time.

Reaching out for help is a great way to get people to engage with your Facebook page. Asking people what the best way to complete a task such as cooking a food item, building something, training a pet or any other situation that would require input from other people is a great way to drive traffic.

This post is almost too easy. Facebook users love pictures, so posting a picture of an activity or something people commonly enjoy and asking them to “like” the post if they enjoy it as well will certainly help you. A great example is posting a picture of ice cream and asking people to “like” the picture if they enjoy ice cream too. Honestly, though, who doesn’t love ice cream?

Every generation is different and making people feel nostalgic is a great way to engage users. Questions, such as “remember when you had to rewind a videotape to watch a film?”, could be a big hit with the right crowd.

We as people like to think about what we would do in different situations. Asking people what they would do in certain situations is a great way to get some answers. Questions such as, “What would you do if you had 40 million pounds/euros/dollars?” could end up getting you a lot of answers.

8. Fill in the Blank

Facebook users love photos (and videos)! A great way to get engagement is to ask your followers to post a photo of their own. Post a status asking people to post a picture of their favourite holiday spot in the comments and watch how many responses you get.

Need a new website to visit? How about a new book to read or a film or TV series to watch? A great way to involve people is to ask for recommendations and you might actually end up finding something you like. On a more business note, it could be an app or tool for a particular function that you need a recommendation for.

11. Name Something without the Letter (Blank) in It

Surely you’ve seen these types of posts before. Someone posts a status or picture asking you to name a fruit or vegetable without the letter “a” in its name. This is a fun way to keep people involved and almost always gets the type of reaction you’re looking for.

It might seem simple but yes or no questions are an easy way to get people talking. Even the simplest question such as asking people if they like pizza and telling them to respond with yes or no could work like a charm. It doesn’t have to be a food question! You could ask about a current issue in your industry or niche.

As you can see from the examples above, Facebook is highly interactive. You need to constantly engage people to keep them interested in your page and if you use some of the examples above you should get plenty of people talking. What are you waiting for? Go on and give a few of these a try. 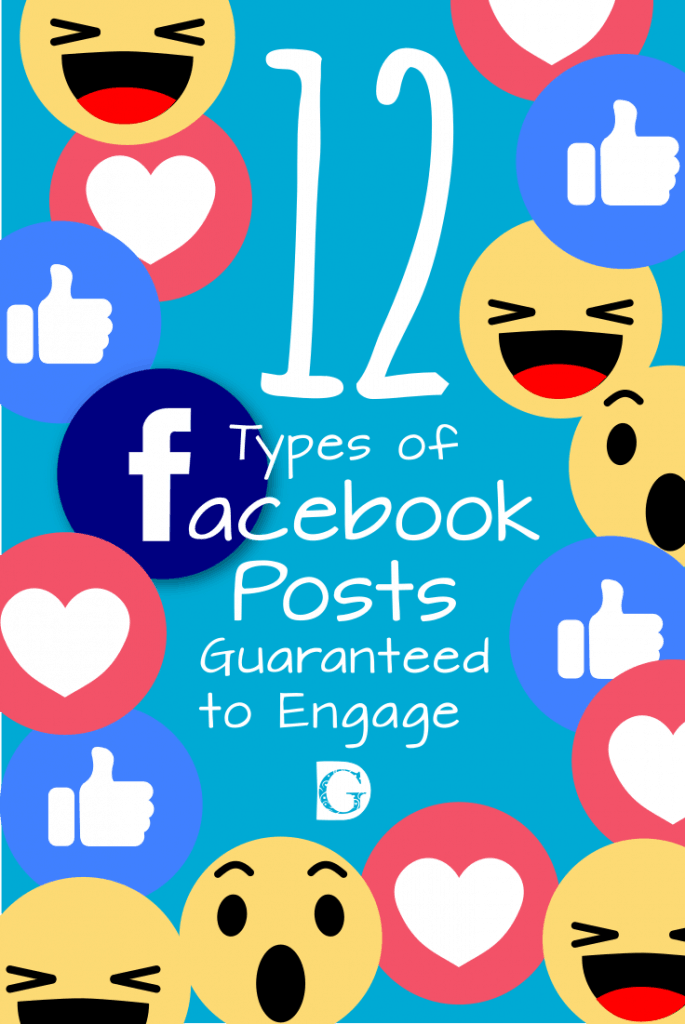 It’s important to engage your audience and get them to take an action on your Facebook posts.

If you like the images in our blogs, these elements are all available for you to buy and download from our Collection, together with instructions on how to make your own images in our How-To section. 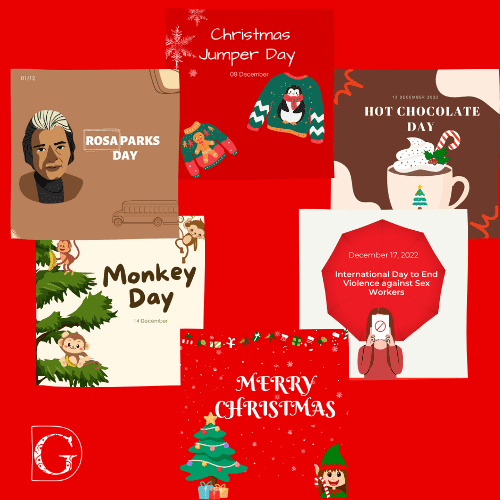