There is so much to celebrate in October that choosing a select number of events to help you with your October social media marketing has been a challenge!

Of course, it’s Halloween at the end of the month, 31 October. Also, don’t forget the clocks go back on the last weekend of the month, 28 October - the official end of British Summer Time.  😥 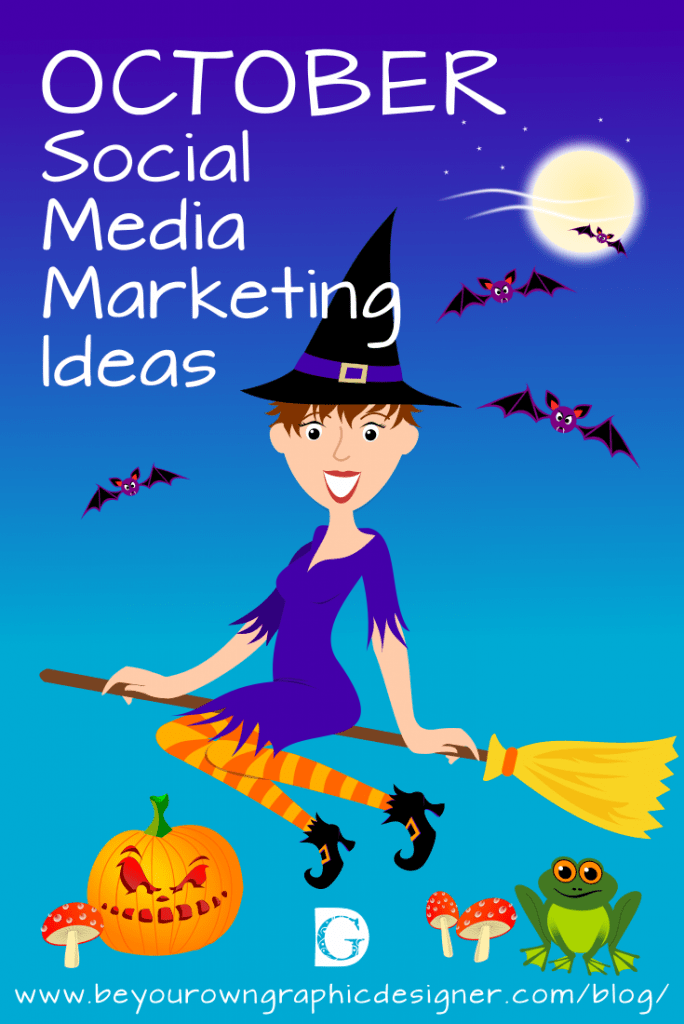 One of the really fun things about putting together our Social Media Planners is the plethora of interesting facts and information I uncover! So just a few pieces of October trivia for you:

Back to beer and Oktoberfest, which is a 16-day festival going from late September to the first weekend in October.

Oktoberfest began when Prince Ludwig of Bavaria wanted to celebrate his marriage to Princess Therese of Saxony-Hildburghausen, with his people. This was on October 12, 1810. Ludwig had horse races and invited all of the people of Munich.

Then, in 1811, an agricultural show was added to the horse races to boost the Bavarian agriculture. The horse races are no longer held today, however, the Agricultural Show is still held every three years. In 1818 the first carousel and two swings were set up, along with small beer stands that would grow rapidly in number as the years went on. In 1896 the beer stands were replaced with the first beer tents and even beer halls.

In every Planner, we add lots of different Monthly Holidays to help you find a theme that will suit your business. There are two pages of these in our October Planner and here are just a few:

Raptor Month tends to be a particularly significant one for me! Not because I’m a birdwatcher but my husband is and I lose him for most of October to his hobby. Where we live, in the Western Algarve in Portugal, is a raptor migration route. The ninth Sagres Birdwatching Festival runs from October 4-7 and several of his friends visit so they’re off looking for birds all day.

Last year, we had 4-500 eagles and vultures circling on the thermals over our house for most of the day! Meanwhile, they’d been out for hours and saw a lot less.

This does let me indulge in one of my hobbies, which is reading, so I’ll certainly be lining up some interesting books for National Book Month.

As usual, many of these events are linked to charities so you can just choose one to support for the month.

Not sure you want to commit to supporting a particular theme for a month? There are loads of amazing themed weeks in October.

I find it really hard to whittle down the large choice of Weekly themes in our October Social Media Planner to just 12 for this blog. There are over 45 to choose from in this month’s Planner. However, as a book and chocolate lover, the choice definitely became easier!

I love the idea of Chestnut week as it’s a reminder that this time of year is when I used to play Conkers as a child. This is a traditional British and Irish game, so I’m not sure where else it’s played. However,  for those who have no idea what it is, this is how you play:

A word of caution, you need to take care though as you can get whacked with a conker quite easily!

As a coffee addict, I couldn’t possibly miss:

Spoil yourself and combine it with:

Some other favourites of mine:

Of course, the final day of the month is Halloween! Certainly, the perfect opportunity to promote your business with a fun theme. If you need some inspiration take a look at my recent blog post which shows you step-by-step how to Create spooky Halloween images with Canva. We also have a special offer Halloween bundle of 50 images at a bargain price of only £9.75!

You can also check out Canva for our Halloween images directly. Just type ‘BYOGD Halloween’ into the Elements Search Bar on Canva 2.0.

We’ve triple checked these to make certain they are accurate for 2018, however, it’s amazing how much different sites vary when you try to verify these.

Even more of these days are listed in our October Planner.

Short of time? Then use our done-for-you social media quotes/memes. You can either buy them individually or the whole set of 20.  All you need to do is add your logo and website address to personalise them! Find out more and preview them here. 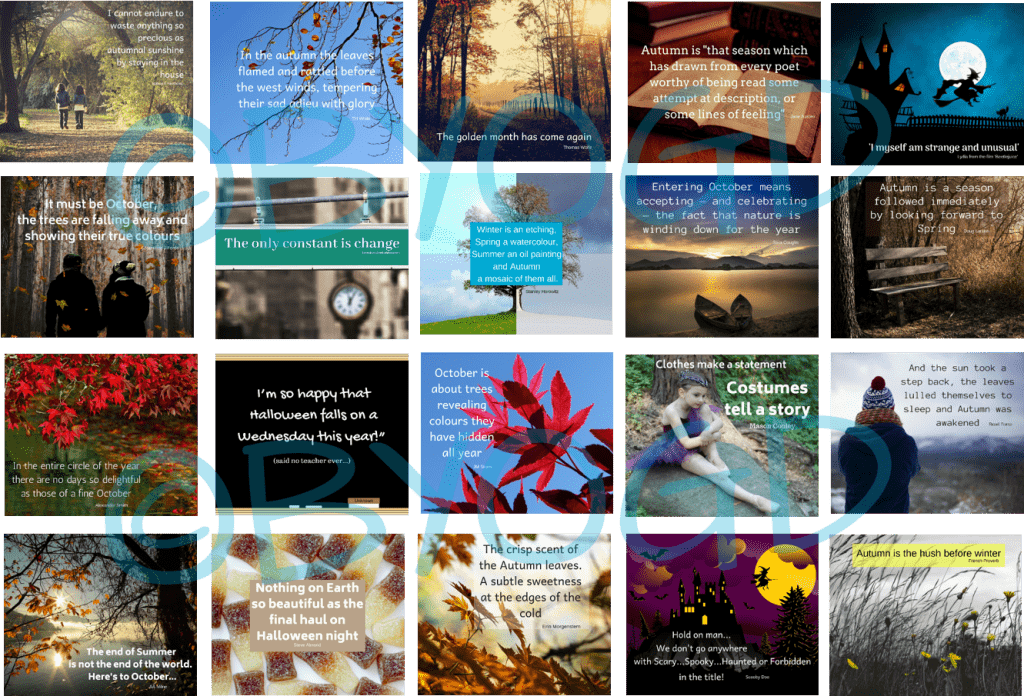 In October’s Planner, I’ve also included some additional Halloween quotes for you to make your own memes from. Here are a few:

“On Halloween you get to become anything that you want to be“ - Ava Dellaira
“Halloween is the crack between the last golden rays of summer and the dark of winter“ - Jenny Colgan
“Eat, drink and be scary“ - Unknown.

in your Social Media

The GDPR Bit: We respect your privacy, promise not to spam you or share your data with anyone other than the tools we need to use to deliver your content.

in your Social Media!