March is linked to Spring and new beginnings in the Northern Hemisphere though it signals the end of Summer and the start of Autumn in the Southern Hemisphere. An old proverb says that “March comes in a like a lion and goes out like a lamb”, which means that winter is ending and spring is beginning. 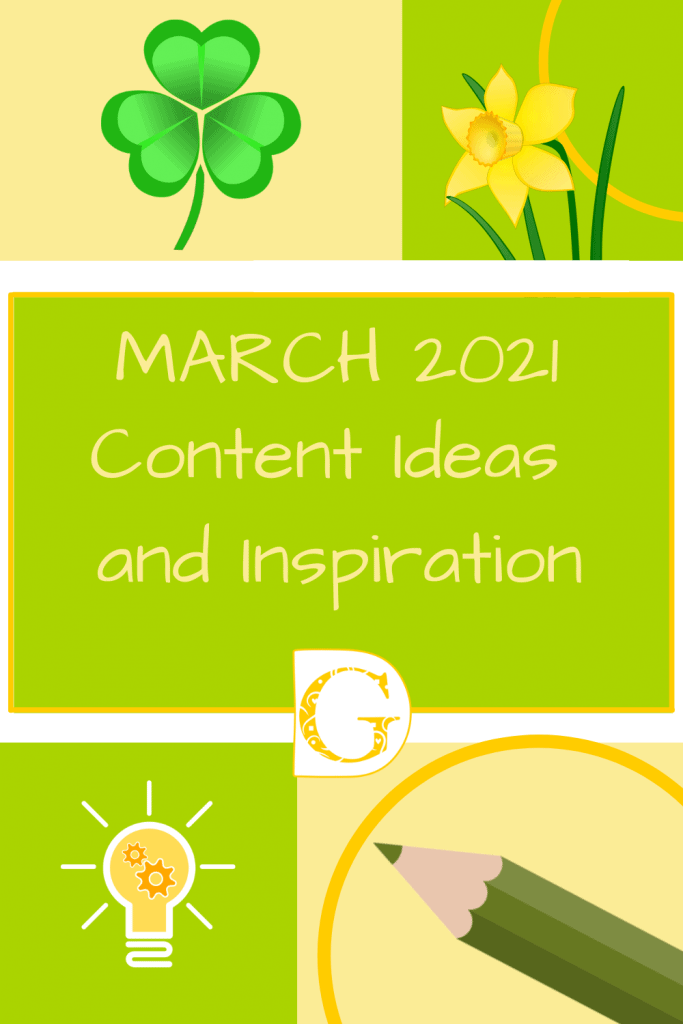 The spring or vernal equinox marks the beginning of the astronomical spring season and nearly equal hours of day and night. The day doesn’t fall on the same exact date each year but can happen anytime between March 19 and 21 in the Northern Hemisphere. This year it’s on 20 March.

The date of the spring equinox changes each year. This is because a year is not precisely 365 days—it’s actually closer to 365.25 days. The equinox happens at the exact time the sun is directly above the equator. I love researching these things as I didn’t realise that the equinox is one exact moment, even though it’s celebrated throughout the day.

She turned to the sunlight / And shook her yellow head / And whispered to her neighbour / 'Winter is dead.' - A.A. Milne, When We Were Very Young Click To Tweet

I’ve picked out 10 themes that you could use for your social media for March but there are lots more you could choose from:

Walk All Over Cancer.

In ancient Rome before Julius Caesar’s calendar reform, March was the first month of the year.

There are two patron saints celebrated in March.

St David is the patron saint of Wales and he is celebrated on the 1 March. To mark the day, Welsh people around the world wear one or both of Wales’s national emblems - a daffodil and a leek. Happy St David’s Day in Welsh is “Dydd Gŵyl Dewi Hapus”.

St Patrick is one of Ireland’s patron saints and many Americans with Irish ancestry remember him on 17 March. The symbol of St. Patrick is a three-leaf shamrock, not a four-leaf clover. However, long before the shamrock became associated with St. Patrick’s Day, the four-leaf clover was regarded by ancient Celts as a charm against evil spirits. The luck of the Irish and all things green is celebrated on St. Patrick’s Day!

March is named after Mars, the Roman god of war as it was the month in which the military campaigning season got underway after winter.

In Old English, one name for the month of March was “ Hlyda ” meaning “loud” possibly because of the roaring March winds.

The expression “mad as a March hare” dates back to 1529. It refers to the wild behaviour of male hares during the mating season in March.

The expression “mad as a March hare” dates back to 1529. It refers to the wild behaviour of male hares during the mating season in March. Click To Tweet

As always lots of worthwhile causes to support in March as well as some that are just for fun or interesting. Here’s my top 10 choice:

Here are 10 (plus a few extra events!) of my favourite days for March:

Make Up Your Own Holiday Day - 26 March

There are holidays and events for every business and personality and, as a result, there are loads to choose from and I’m sure you’ll find some that are perfect for your business!

There are a lot of places online where you can look up hundreds of fun holidays to connect with your followers. Just type in ‘special events’ or ‘holiday days’ in your search engine of choice! Do be careful to add the year though as many of these events change each year.

To make it easy for you, we’ve put the most engaging ideas in a free downloadable March one-sheet content inspiration calendar. Occasionally just one idea a day but we couldn’t resist adding a few more some days! We’ll be adding a calendar sheet for every month to help you. 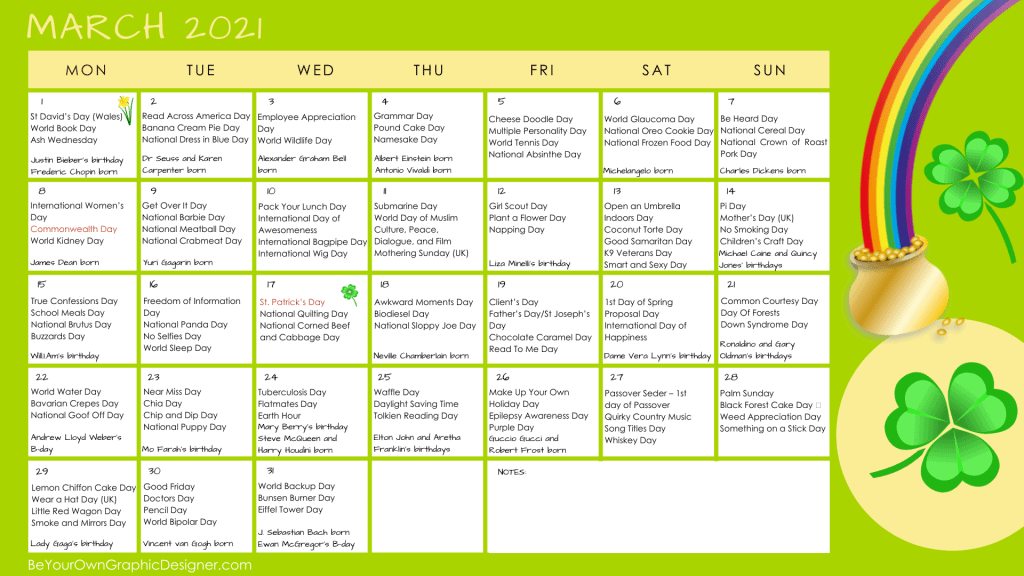 All our visuals on this post were designed in Canva, including the calendar. Canva has some great templates including a whole range of Calendars for you to choose from. 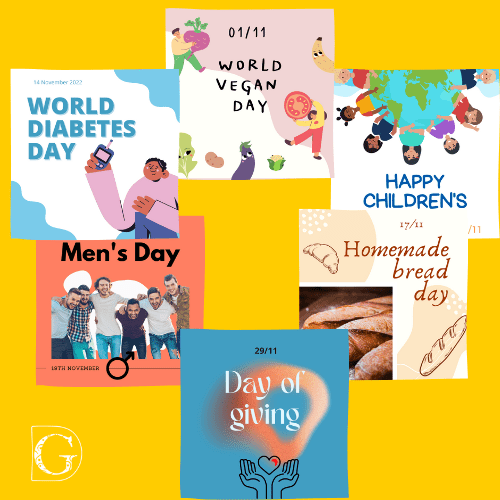