We’ve decided to revive our content ideas and inspiration blog posts starting with February 2021. It can often be a challenge to know what to write about or post on social media so we’re hoping this will help you.

We’re also including a free downloadable calendar with at least one special, celebratory or sometimes just weird event for every day of the month.

February is one of the easier months of the year as it definitely has the theme of LOVE! Apart from the obvious St. Valentine’s Day on 14 February, it’s also been adopted in the USA and the UK as Heart Month, focusing on heart health. 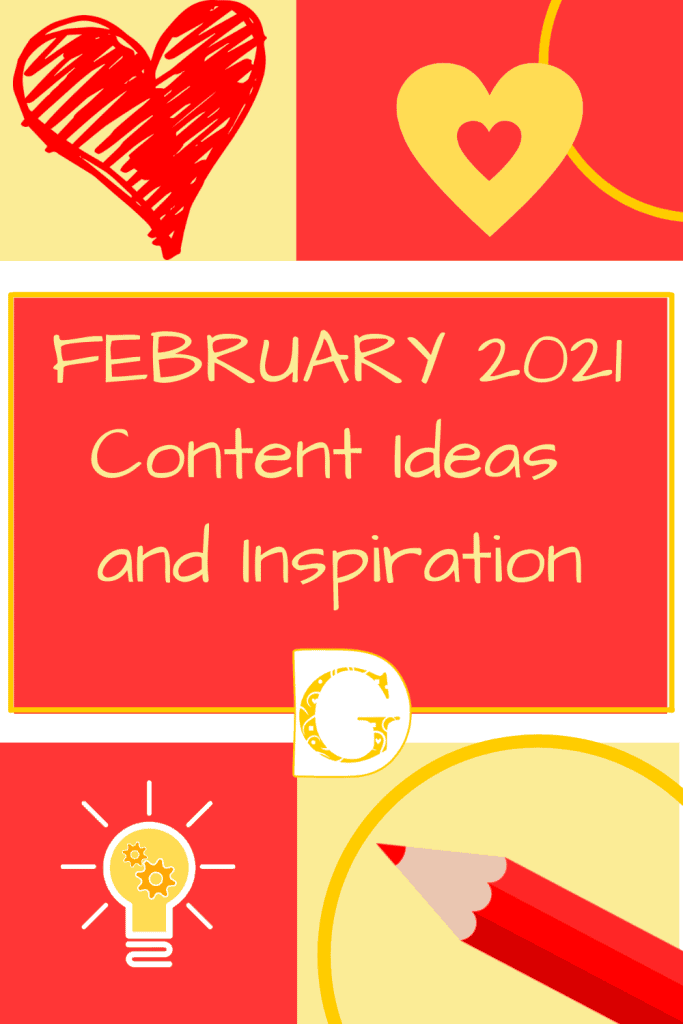 An Affair to Remember Month

There are many stories about who St. Valentine was. The person officially recognised by the Roman Catholic Church as St. Valentine is known to be a real person who died around A.D. 270. However, there were two Valentines executed on February 14 (albeit in different years) by Emperor Claudius II so it’s not really clear which one he really was. It’s believed that the Catholic Church may have established St. Valentine’s Day in order to honour these men, who they saw as martyrs.

According to various sources, Saint Valentine became affiliated with a love-focused holiday as he was a Roman priest who performed Christian weddings for soldiers forbidden to marry. This was due to the Emperor issuing an edict decreeing young soldiers couldn’t marry as he believed married soldiers didn’t make good warriors. Saint Valentine wore a ring with a Cupid on it - a symbol of love - that helped soldiers recognise him. And, in a precursor to greeting cards, he handed out paper hearts to remind Christians of their love for God.

Because of this legend, St. Valentine became known as the patron saint of love. The Saint Valentine prayer asks him to connect lovers together, so that two become one, and the couple remembers their devotion to God.

St. Valentine has wide-ranging spiritual responsibilities. People call on him to watch over the lives of lovers, of course, but also for interventions regarding beekeeping and epilepsy, as well as the plague, fainting and travelling. As you might expect, he’s also the patron saint of engaged couples and happy marriages.

There are on average 220,000 wedding proposals that occur every Valentine’s Day and about 1 billion Valentine’s Day cards are exchanged every year. This makes it the second-largest seasonal card-sending time after Christmas.

Looking at weekly events, and staying with the theme of Valentine’s, there are different event days during that week and then the following week is Anti-Valentine’s Week!

Here are the different days in Valentine’s week:

This far more controversial week was started as a one-day event in New York by Kathi Koo in 2009. She is quoted as saying “the history of the ‘anti-v-day’ approach is rooted in the desire to create a space and an event that’s DIY, all-ages, and celebrates self-love”. It was also a rebellion against the capitalism of St. Valentine’s Day and developed into a series of anti-days.

Definitely not such a loving week!

A few of the other weekly events in February that you could use include:

Sign2Sing Week for the deaf, 8-14 February

Remember, there are plenty more for you to choose from that might be more appropriate to your business or interests.

There are other love days in February apart from those associated with Valentine’s Week celebrations:

There are also plenty of other days you can feature in your blogs and social media that aren’t connected with love.

A few of my favourites are:

Send A Card to A Friend Day - 7 February

Drink Wine Day - 18 February (though in all honesty that’s most days for me!!)

There are holidays for every business and personality and, as a result, there are loads to choose from and I’m sure you’ll find some that are perfect for your business!

You can look up hundreds of fun holidays online to connect with your followers. Just type in ‘special events’ or ‘holiday days’ in your search engine of choice! Do be careful to add the year though as the dates of many of these events change each year.

The alternative is to follow our new blog series every month. We’ll publish March’s ideas at the end of January, April’s at the end of February, etc. This way you’ll have time to prepare your content in advance. If you join our mailing list, you’ll get a sent the new calendar each month and a link to the blog.

Also, to make it easy for you, we’ve put the most engaging ideas in a free downloadable one-sheet content inspiration calendar. A minimum of one idea a day but we couldn’t resist adding extras to give you plenty of choice! We’ll be adding a calendar sheet every month for you to download. 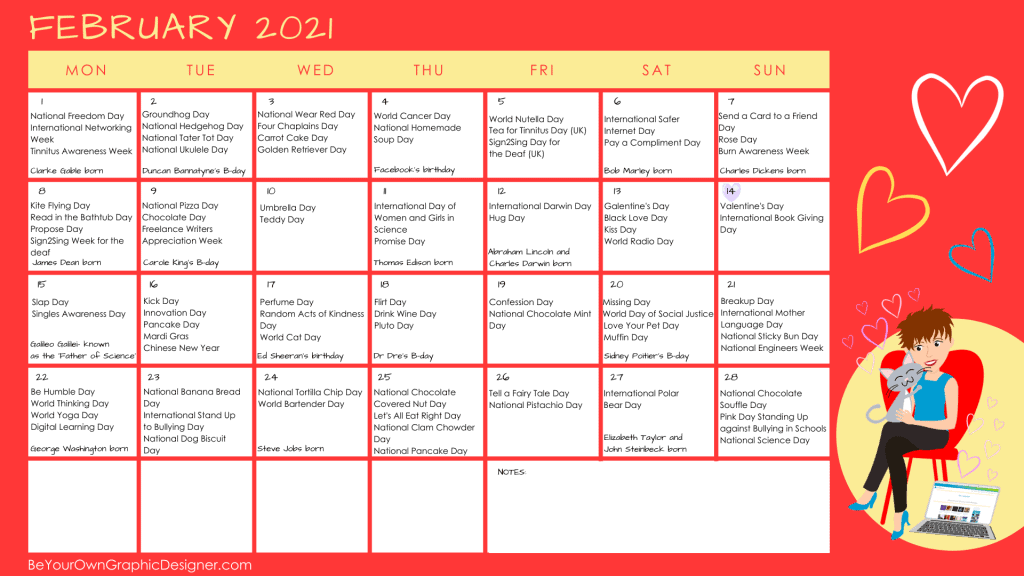 We’ve published this monthly blog later than we plan to in future. The March blog will be published at the end of January but when you subscribe to download February’s calendar, you’ll also be able to download March’s calendar.

Fill in the form to get your free

for February and March

Your confirmation email is winging its way to your mailbox!

All our visuals on this post were designed in Canva, including the calendar. Canva has some great templates including a whole range of Calendars for you to choose from.

Too good to be true!

We've partnered with AppSumo to bring you this amazing lifetime deal!